Kameo Elements Of power Wiki
Register
Don't have an account?
Sign In
Advertisement
in: Candidates for merging, Enemies, Races,
and 2 more

Page Trolls is a candidate for merging with Troll.

If you disagree with merging the pages, please explain why at Category talk:Candidates for merging.

To merge page Trolls into Troll, an administrator must delete the Troll page so that Trolls can be moved into Troll. After the deletion and movement has concluded, the administrator should restore the revisions deleted in the process of merging the pages. Remember to check what links here for Trolls and the the page history for Troll before starting the merge.

Seen as foul-smelling brutes, Trolls were briefly allowed into the Enchanted Kingdom and access to fresh water and clean air, in exchange for their services and machinery, but were still mocked and discriminated against, due to their appearance and behaviour, often written off as stupid and brutish.

15 years ago, one of the biggest and smartest trolls began to rise among the ranks, becoming the self-proclaimed "Troll King" Thorn. He convinced the other trolls that they weren't being treated fairly and lead the other trolls into an uprising against the Enchanted Kingdom and tribal lands. They began stealing and causing damage, resulting in Solon returning to absolute chaos. Solon used the power of all the Elemental Warriors to drive them out of the Enchanted Kingdom. This caused Thorn to swear vengeance against Solon, and this lead to war. One day, both Solon and Thorn mysteriously vanished and rumour began to spread that both had died, leading to the troll disbanding and general peace in the lands.

However this peace is broken when Kalus finds and frees Thorn and strikes a deal with him: help her retake the throne in exchange for the Tribal Lands, which would again lead to another war ravaging the lands...

While most trolls can be seen wearing different helmets, masks, and eye-patches, their overall appearance is Green skin, yellow teeth, brown clothing, pointy ears, boots, and a deep, guttural voice.

Most trolls generally wear the same leather armor with a green symbol on the shoulder, however some may also wear helmets, masks, pots as helmets and even have peg legs or brandish weapons, like pick-axes and axes. Their heights can also vary as well, ranging from 6 feet or taller, but they always tower over Kameo, even though they slouch.

Elemental and Subspecies of Trolls 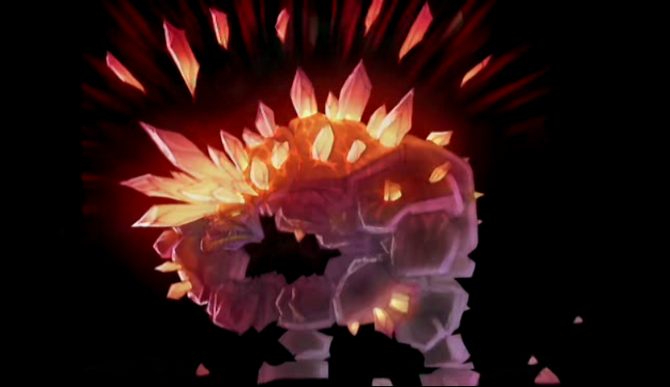 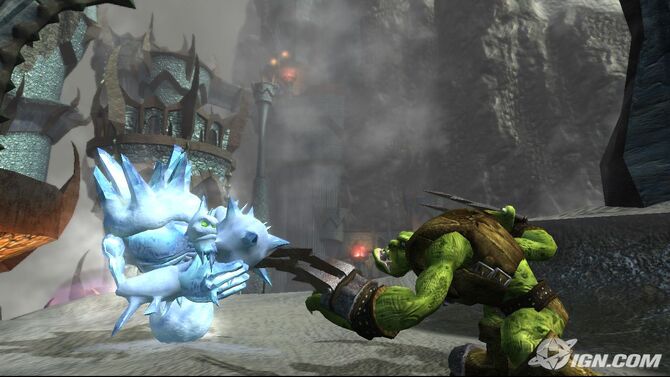 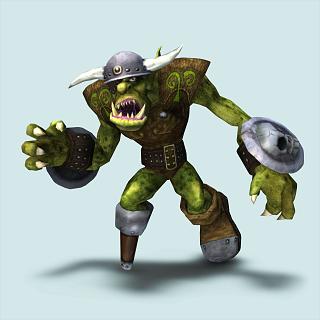 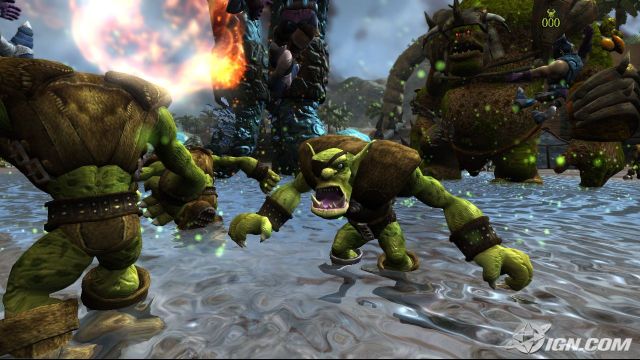 40 Below vs Regular Troll

Community content is available under CC-BY-SA unless otherwise noted.
Advertisement