Queen Thyra is an icy, giant arachnid demon taking residence in the Snow Temple, where Kameo must defeat her to free Yeros. Queen Thyra boasts seven green iced eyeballs that can dislodge and spike posing another form of assault upon her enemies. She commands a legion of ice arachnid children of minute size.

After the last eye is knocked off the edge, a cinematic is played depicting Thyra's demise, and the release of Kameo's uncle, Yeros.

The first thing to watch for is Thyra's eyes. They open and close in random patterns. Using Chilla's Ice Spike, aim to shoot an open eye. If successful, the eye should morph into multiple smaller ones. Change into 40 Below, and use his Wrecker Ball technique to knock the smaller eye's off the edge. Thyra will be incapacitated during this. Once all the eyes are knocked off, Thyra will jump down and pursue Kameo, while also launching volleys of icicles. Repeat the steps with Chilla and 40 Below until her last eye is knocked out. After this, she will open one huge eye. Knock it out with Chilla's Ice Spike, then it's the same drill with 40 Below, only be watchful to stay away from the eye when it becomes spiked. Knocking off this eye is far more difficult than the other eyes. If left unchecked, or if moved too close to Thyra, it will bounce back into her eyesocket and it will need be to knocked out again. 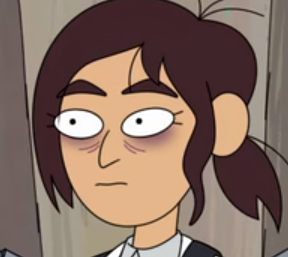 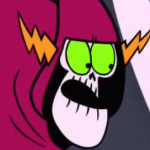 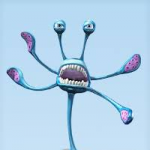